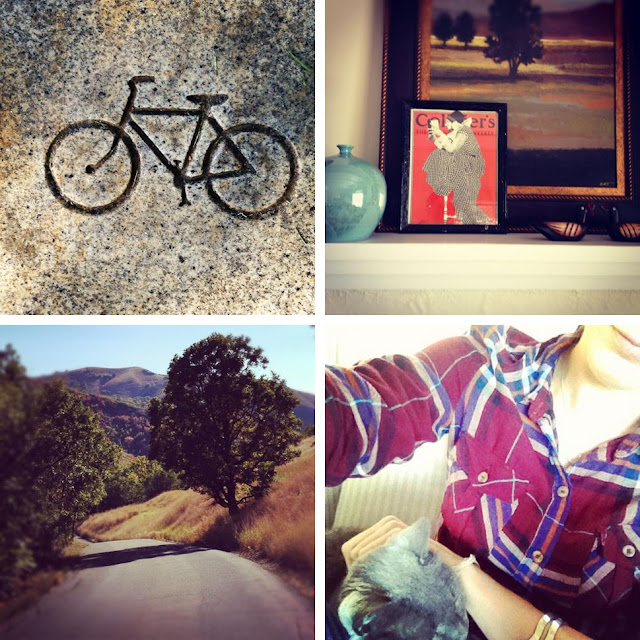 I knew this week was going to be a grand one because it started out with a bike ride up City Creek Canyon Friday afternoon with a friend named Shannon.  Yes, my official blog week starts Friday afternoon, and of course a bike ride would set the tone for the entire week.  Why wouldn't it?

Things got better and better all week long starting Saturday morning when I stopped by an ongoing yard sale {she does it every week} to see what was what.
What was what was that orange and polka dot vintage beauty gracing my mantle place just waiting to be reframed.  I loved it immediately and have big plans.
The week continued with an air of vacation to it.  Don't know why exactly.  Maybe it's because of the crisp autumn air.  Or the constant lack of sleep creating a very chill, zoned out feeling {another story for another time}.  Or maybe because my rock star, tour bus riding boyfriend came home again.  Or maybe because my parents were in town for the weekend so instead of the usual Saturday chores we went to the Avenue Street Fair a couple blocks from my house, wandered the outlets in PC, and generally just enjoyed each others company.  I like having them on this side of the map.

Speaking of maps.  Check out the one below of my beloved 'hood from the 1940s.
Isn't it cool how nothing climbed the mountain higher than 13th? 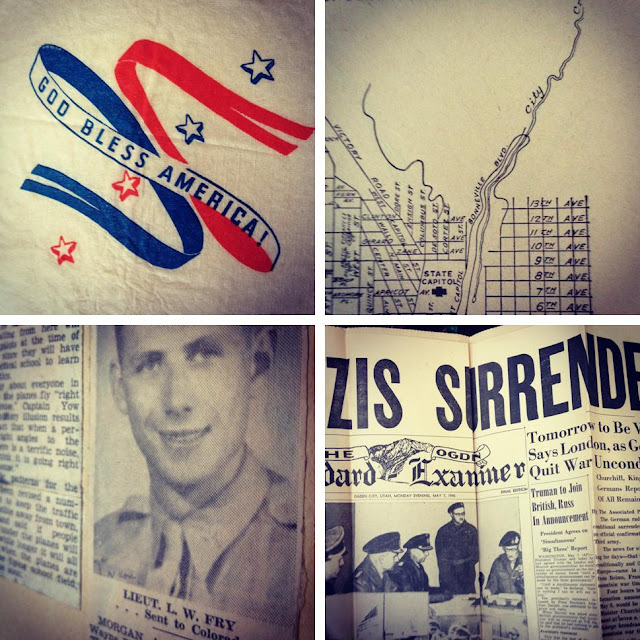 We spent some time Sunday afternoon going through my Grandpa's scrapbooks his mom put together for him of all kinds of news paper clippings and other fun things.  Best part of this was hearing the stories the memories evoked.

How about this one.  The Awesome's were married only a few days before Grandpa shipped out.  It was a small thing, nothing fancy at all and they liked it that way just fine. But their best man's wife decided the write up for the paper should tell a tale as lovely as the couple.  Below is the story she spun.  My grandma said she likes the real details better, but it's always fun to play a joke on the world.
Incidentally, my grandpa was captured that same tour, 65 years ago this week on September 11th.  He was flying a secret mission over the Aleutian Islands when his plane was shot down.  He was held as a POW by the Russians for five months.  Talk about a true living hero. 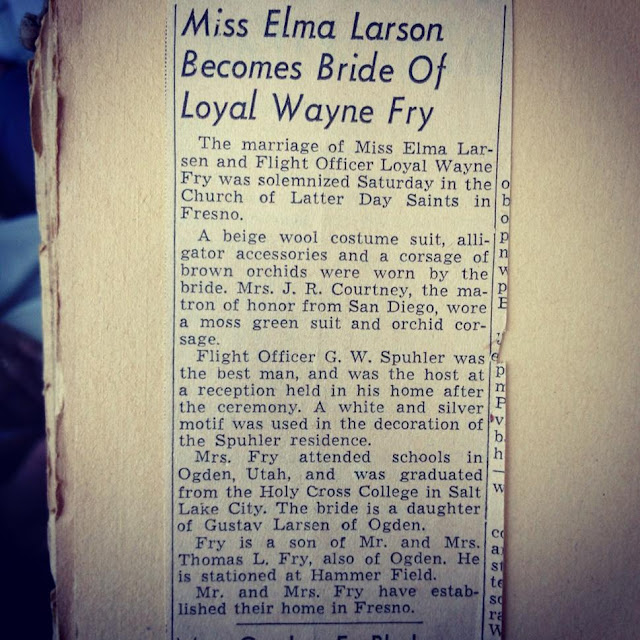 Memory is a child walking along a seashore.  You never can tell what small pebble it will pick up and store away among its treasured things.
Pierce Harris, Atlanta Journal