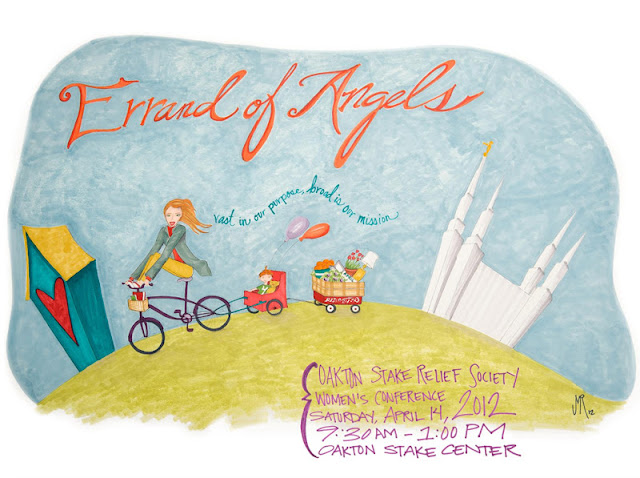 Changing up the usual format this week's Alt Tab since I haven't had the time to do my weekly photo roundup.

Instead I'll leave you with two really fun projects I've been working on lately.
The first is a poster for my Aunt Vicky{ers} women's conference next month.  I had fun playing with my markers again.


The second is a short silent film my roommate Shellie and I starred in with the great RC1 as the producer/camera man/editor/et al.
{really, without him it never would have happened}
We had such a great time doing this.  I really do think I was born to play the part of a table tennis obsessed wiggly mustached man.
I'm off to LA for the weekend to play then on to Huntington Beach next week for some training.  When I get back I'll catch up on photos, I've got some really fun ones to share from our trip to St. George last weekend.
Happy March friends!!