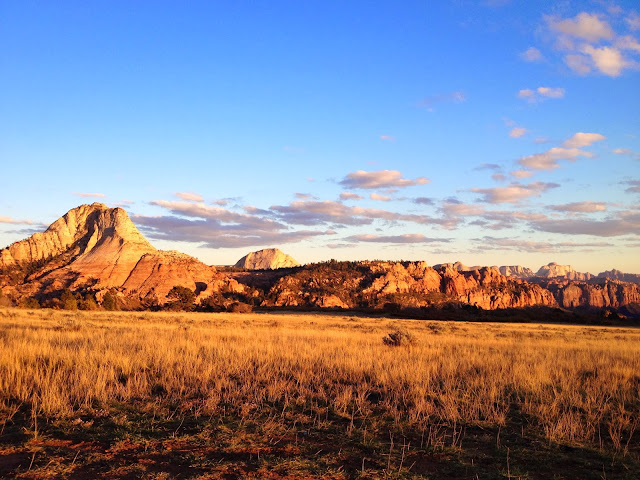 I've been thinking awhile now about how I could tell this story in a worthwhile way while keeping to the vagaries I veer towards here on my dear old blog.  Being the reluctant blogger that I am, half in/half out of the ideal that sharing is a good thing, I almost didn't share it all.  I've really been digging the misters way of doing things.  Google me wrong on this, aside from evidence of his time at the Deseret News, the man is an online anomaly - not a sliver of an online presence.  He's much too busy being present in the every day.  Very much the most real and genuine character I have had the pleasure to know.

So to share, or not to?  This story that means so much to me/us.  The desire to keep it safely mine/ours leads me to ask is it like sharing love? The more you share, the more you're capable of?  Or is it like explaining, where in doing so, you make something flat?  "You say you want your story to remain untold" and while I firmly believe our stories are so important in part for the experience gained both in the living and the observing, I do agree with U2 on this.  If it meant we'd lose any of the magic in the telling, I would gladly keep it tucked away like the priceless gem that it is.  But if the past week of sharing it with our loved ones is any indication, I believe this is one of those circumstances where it becomes better in the telling. 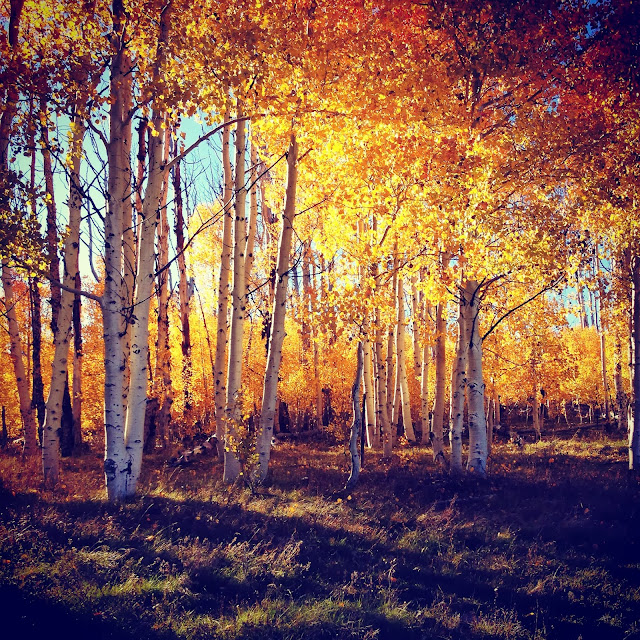 I could tell the detailed version, but the abbreviated version skims over all the really great details that mean so much to me while still illustrating that when something is right, it is so effortless.  It simply exists for us to hopefully see it for what it is.  Like really great design.  You aren't always aware of it, or see all the moving parts involved, it just is.  It doesn't jump out and tell you it's wonderful, it simply sneaks in, envelops you, and makes you feel like you belong.  And really, if you think of it in the grander scheme of things kind of way - that our stories are designed by someone who knows us much better than we know ourselves - then this story has been uniquely tailored to him and me.  Not only to be our greatest love story, to trump all of my favorite movies and let us believe in the kind of love we both dreamed about, but also to show us that we're very much seen and loved by a higher power who very much knows our hearts and what we most desire.  And ultimately, knows what is best for us and how to lead us along to discover it. 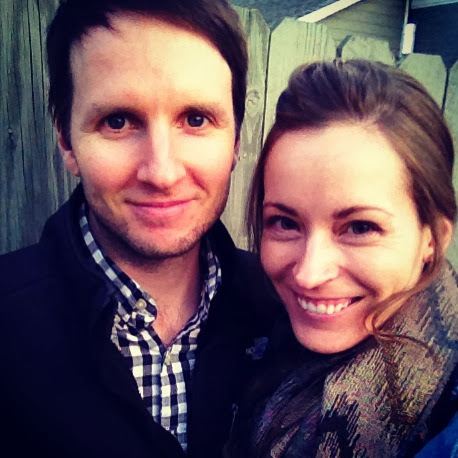 The timeline: We went on a blind date in April, fast forward through six months of awesomeness, and you'll find us last Tuesday sitting in the same restaurant we went to on our first date recounting the evidences of the hard to ignore details that brought us together and held us together.  Seeing the past six months together in this way was a really special thing.

Stegner's definition of the doppler effect is definitely at play here.  Meaning: living the actual experience and the remembering of it can never really be the same.  But isn't that kind of the point of being human?  Living in a way that allows us to be aware of the blessings unfolding around us finely tuning our senses to really see these seemingly happen-chance events as much, much more. Becoming aware of our divine nature and how we have the ability to become much more is the intrinsic nature of life.

Six months and a day later from that fateful blind date found us in my car listening to a voicemail that further confirmed to me that there has been miracles a foot here.  I was offered my dream job with a design firm I have always wanted to work for.  I just never had any inclination to move to Utah County to pursue it though I held it in the back of my mind as a 'one day' kind of possibility.  Until now.  Today just so happens to be that one day.  Only David could coax me to get over my aversion to all things Happy Valley.  I never would have opened myself up to the possibility without David drawing me down there with that unmistakable urge to follow an adventure.   I've even gone so far as to wear a sweatshirt with a certain blue cougar on it.  I'm only saying that I'm a fan of the student, not the team.  That's as far as I can stretch right now.  {Baby steps here, one thing at a time.}

We spent last weekend in Southern Utah with my family so on top of the excitement of the job, and being home, I was bubbling with unexpressed happiness about a certain lunch that happened with David and my dad the following day.  The weekend was brimming with good things.  I was certain nothing else would come of the weekend.  I said so to my mom, she can back me on this.  Give another weekend a chance to be awesome too.  Anticipation is a favorite feeling of mine. 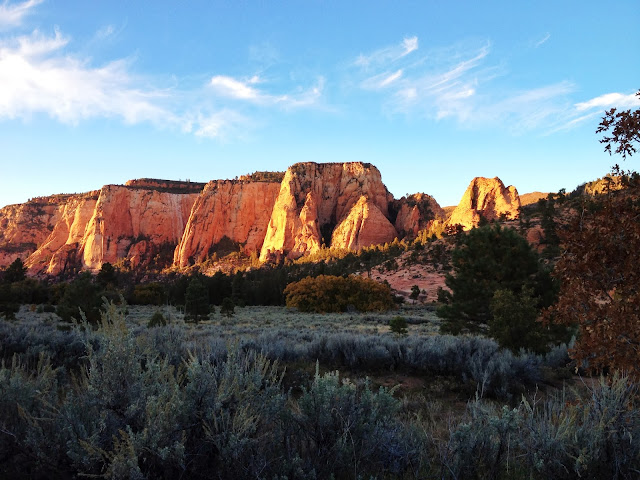 So when I found myself on my favorite road with my favorite human last Saturday afternoon it hadn't even crossed my mind that it would be anything more than just another day among the bunch of other really great days.

And when I asked him what he was thinking out among the desert pines, and shrub oak overlooking a large expanse of varying shades of purple and rust colored rocks far below us, I didn't expect him to say, 'How much I want to marry you'.

I didn't want him to think I was expecting more than this.  Me.  The infamous gun jumper, the prodder of the inevitable, the over-planning fruitcake that I am - I wanted to make sure this man knew that I was perfectly content there in the pleasantly chilled sunshine, held in his arms taking in the way the sun made his summer storm blue eyes just a little bit golden around the middle.  I wanted him to know I didn't expect any kind of Big Question to follow that comment.

"That's not a question is it?" Said with a hug and an intention to change the subject or flit away to take a photo of something.

"That's not a question either!?"

But it was quickly becoming very apparent that it was about to be a very real question as he was digging around in his pocket at this point and before I knew it he was kneeling down while holding my hands and asking me to marry him.

The moments that followed mean too much to me to share in this context, but I'll tell you I was so caught up in the moment.  I was aware of the cold earth below my knees where I knelt hugging him.  I was aware of the sunshine sparkling on the ring that continues to dazzle me anytime I glance down to make sure I'm not dreaming.  I was letting the thrill of being so unbelievably surprised make the rest of the world fade out so I could only see and feel his happiness and the overwhelming love I felt for him as he told me about the future he sees for us..  I felt like cohorts in the most grand scheme.  And my gratitude that he'd chosen me? It was palpable.  He chose me!!!  I forgot for a moment the magnitude of what he was asking me.  Of course I said yes without hesitation.  Yes to the immediate future, to the excitement of starting our life together, to a family, to growing together.  To an adventure!  But how in that moment was I not more aware of the biggest thing of all that I was saying yes to?  I was saying yes to forever!  With this man that continues to surprise me with his depth of character and goodness!  Had I fully grasped that in the moment I would have been so overcome with emotion he'd probably have had to scoop me up off the ground.  I was barely holding it together as it was.  The idea of forever with my best friend still makes me wonder at how my heart can hold all this happiness. The elation and joy I felt in that moment with him was just a glimpse of what forever is going to be like. 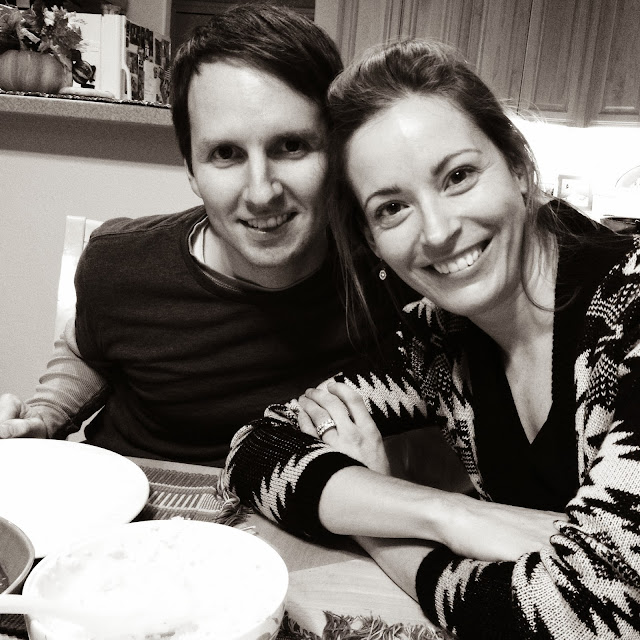 Because of my human nature, a very girly chic flick loving nature at that, I think I've beaten it into myself that this is where the love story fades out to the happily ever after part.  Which is all good and fine if that also didn't come with a little bit of fear that the best is behind us now in the story of how we came to be an us.  This is where the movies usually fade to credits and I'm left to imagine the real life behind the story.  But what I'm quickly discovering just one week into it is that our story will only just keep getting better.  I win the best week ever award. We celebrated six months full of miracles big and small, I land my dream job, the man that exceeds all my best dreams asked me to be his forever, and we found the most perfect house to begin our story together - all within seven days.  I'd rest on the seventh day.  But I'm too excited to sleep.  God knows us individually and has a way with loving us in the best ways possible.  I'm living proof of this.