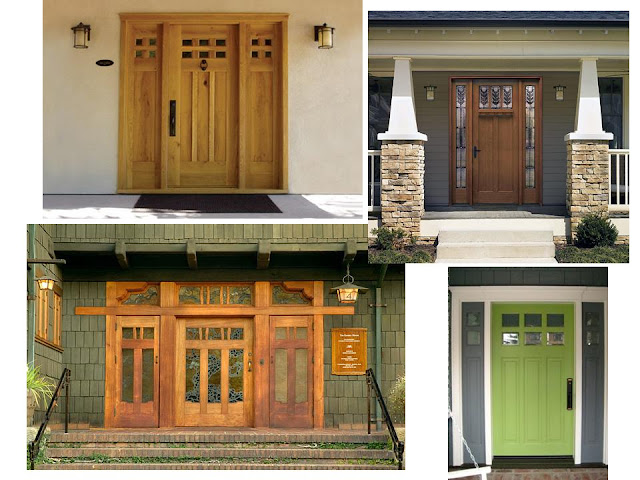 The Arts and Crafts was a short lived movement that came about because of artists' concern in industrialized Victorian England that the beauty of hand craftsmanship would be lost in the mechanics.  In the 1920's when the industrial revolution really started picking up speed this style was forgotten by designers and consumers, but it has lasting power because we still see its influence in architecture today.

I am surrounded by it in my neighborhood because the avenues were the up and coming neighborhood in SLC in the late 1800's, early 1900's, the same time period as Arts and Crafts. The bungalow isn't the only architectural type from this style, but it is my favorite. 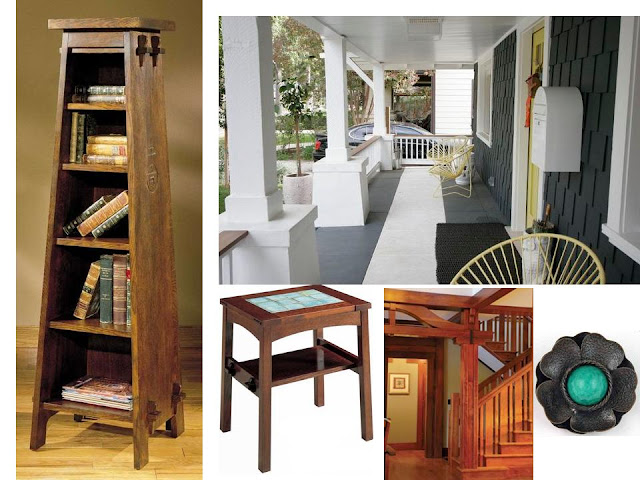 {What I like about the style}
natural color scheme, simply treated materials, and minimal decoration
asymmetrical, deep porches, well proportioned
emphasis on nature, simplicity in form
quality design
diversity in style because there wasn't one core philosophy backing it other than superb craftsmanship
women were very involved in the movement 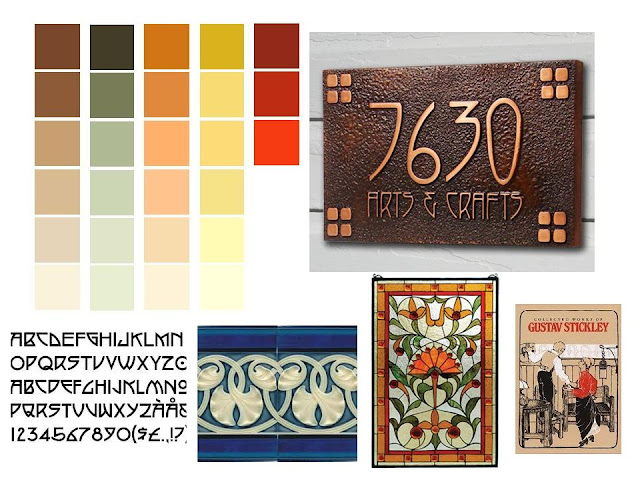 An interesting parallel between then and now I found was that John Ruskin {who's writing influenced William Morris in the Arts and Crafts movement} believed the machine was at the root of the social problems of his day.  I hear the same thing today.  What differences would we see if more of our economy was based on craftsmanship, rather than imported, machine made products?  Yes, prices are better when things are mass produced, but are we better for it?  I don't fully formed opinions on this, but I have always been a huge fan of handmade over manufactured.  There is more soul to it. 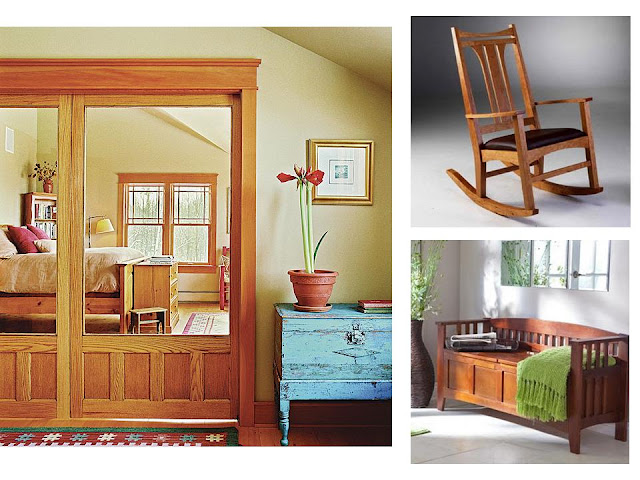 As we start work on the interior of our parade home I want to incorporate some of the classic details from the period.