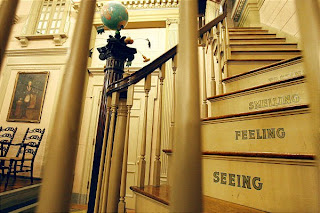 We went to study the different architectural designs because the building features everything from Egyptian to Gothic. Each room has a different theme and it is carried out to the littlest detail. We were able to cover most of the periods of design that we have studied this semester. 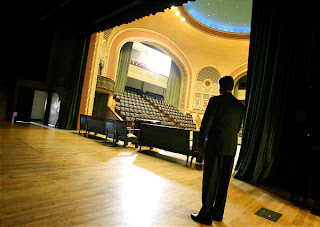 I was excited about this trip because I grew up near a Masonic temple and I was curious about what it was that they did there. I was under the assumption that the Masons were a religion, but it is a fraternity. I think I came to that conclusion because their buildings are called temples and I equate that to worship. The only requirement to become a member is a belief in a Supreme Being {the great architect of the universe}. That,and you have to be a man. There is a separate organization for women.
I could rattle on for awhile about all the interesting things about this group but I'll stop now and get back to the grindstone. Three weeks until the semester is over and I have a month off from school. 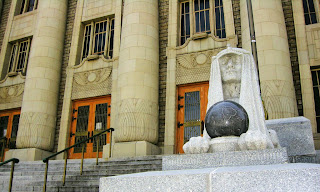 {I had to borrow pics from the web to go along with my trip to the Masonic Temple yesterday bc I left my camera at home.}