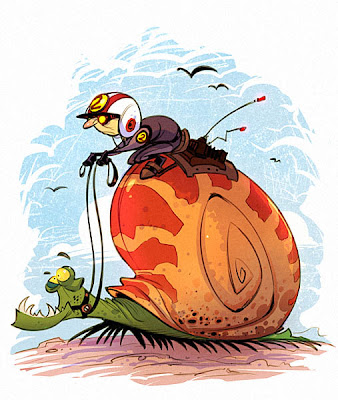 {image}
It could be argued that you can't have a high speed chase with someone if that someone isn't aware of being chased.  I'll argue the point because how could he not know?
commence story time.
so there I was, minding my own business, mere blocks away from home, my book and my space heater {aka The Cat}waiting for me at the end of a long day.  The light turned green and I was about to cross State Street into the Avenues when some joker with a giant trailer attached to his suburban bumped into me.  Yes, just a tap, enough to make his trailer ricochet off my car resulting in the need to grip my wheel a bit harder so as not to veer into oncoming traffic.  Nothing to flip out over.
The next logical thing to happen in this story would be we pulled over, exchanged information, got the cops involved to give him a ticket so insurance stuff could go smoothly and then I went home and ate some popcorn.  But then we wouldn't have a story on our hands would we? Enter twist to the plot.
I followed him up the block and when he passed plenty of acceptable places to pull over I started flashing my lights and honking my horn at him like the mad little hornet I should have been.  I was more annoyed than anything else as I followed him around the block asking him out loud if he needed a landing strip to pull over.  He took a couple corners like he was trying out his skills for the next smash n crash derby and when he headed back in the direction we had come from I was pretty sure I was taking part in my first {and hopefully not last} high speed chase.
This guy couldn't possibly know who he's dealing with.  How could he have know that I live for this kind of thing?  That I would consider it a game to stay on his bumper until the bitter end no matter his evasion tactics?  If he was trying to shake me off, he'd have to try a lot harder.  I was on the line with 911 giving the lady the play by play, "We're heading west on No Temple, now turning south on West Temple, passing 1st, 2nd, now turning left onto 3rd headed East..."  That's when the cops took over with their flashing lights and sirens to get his attention and I was more than a little disappointed that I wouldn't be throwing out spikes after all.
His side to the story was he had no idea he'd even hit me, or that I had been following him around town for some time.  He was lost, hungry, and looking for the Olive Garden.  The cop empathized with him and let him off easy and said when he's hungry he can be a bit spacey too.  Well, yeah, me too, but really?  Really?!
The end.
{I do hope there is a sequel in the making, maybe How I Took Down My First Smuggling Ring}

Labels: out and about