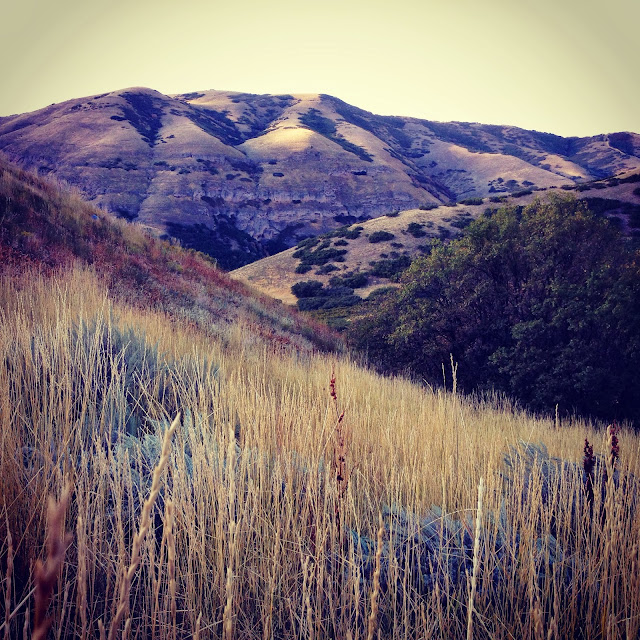 When David got to my house last Friday afternoon I felt like I needed to tie some string to my foot and tether myself to the ground for fear of floating away on a happy little cloud.  We went for an impromptu hike in the foothills near my place before spending a night studying and reading. 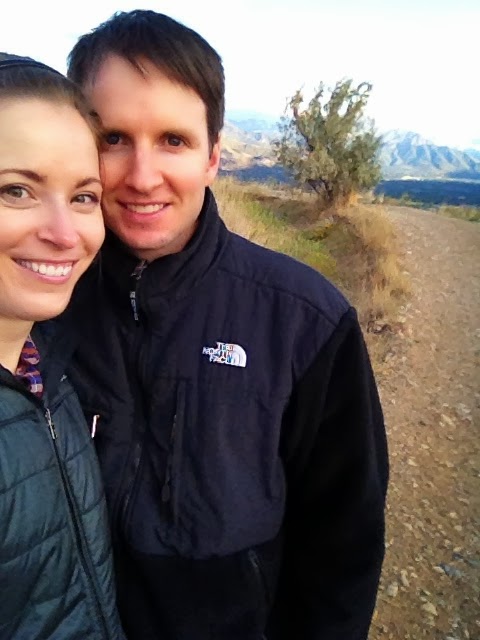 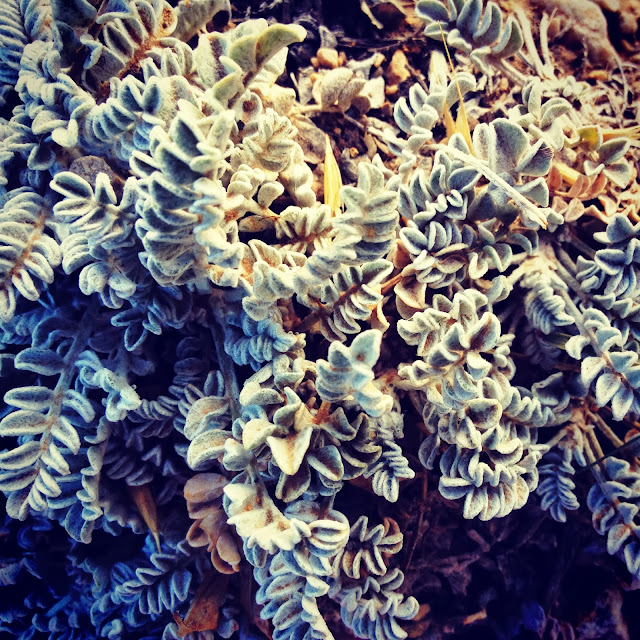 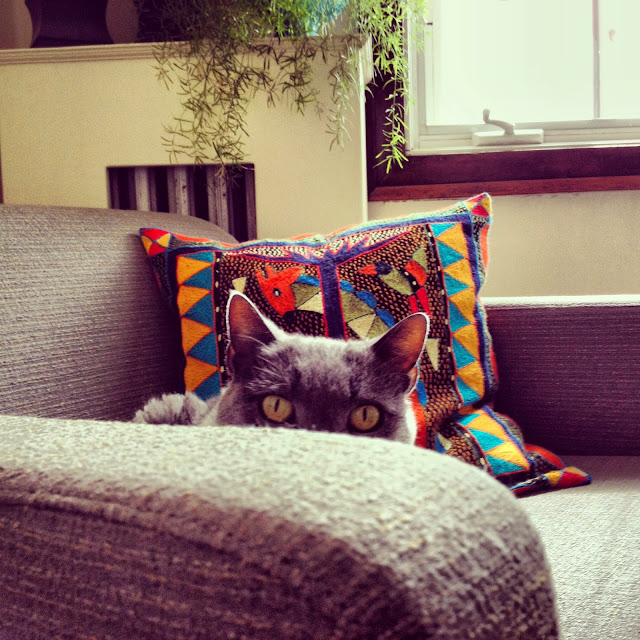 Vesper. Her royal catness. Seeker of the sunniest spots, soul lounger of the kitty loft, host of the Avenues Kitty Knitting Society, owner of the kind of meow that can raise the hairs on the back of your neck, lover of all things catnip and routine.  We don't agree on the amount of food she thinks she needs, or when to go to sleep or when to wake up, but we do agree that David is the coolest human we know.

From the travelogue:  How about a story about that time I risked a limb for a can of tuna? 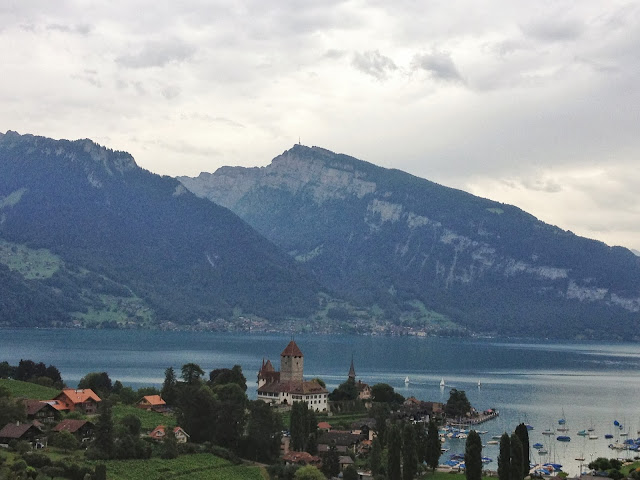 Our the second full day in Switzerland found us on the move, as did pretty much every other day.  We took a handful of trains and buses that day and when we found ourselves camped out at the Spietz train station waiting for the right train to come along with our 4th travel companion Coco onboard, Heidi and I ditched our luggage with Nicki and wandered off in the direction of the waterfront.  I immediately felt the unmistakable energy of an unscheduled adventure.  We wandered through a pretty neighborhood nestled into a hill and when I spied a vineyard we crossed the street and climbed up a stone embankment so we could walk between the vines.  We found ourselves fenced in when we got to the other end and rather than turn around we climbed the iron fence, giggling about finding ourselves in such a fun predicament on this most unscheduled train stop adventure.  It started to rain a little as we wandered along the waterfront, smelling crab and hot rolls and other yummy smells coming from the covered patio of a small restaurant nearby.  As I glanced around taking in as much as possible I wished we weren't short on time so we could stop and enjoy the beautiful town a little bit more.  That's the one downside of traveling on a schedule not quite your own.  But I gladly traded the ability to pause where ever the mood struck for the freedom of not having to worry about where we were headed next.  I left those decisions in Nicki's very capable hands. 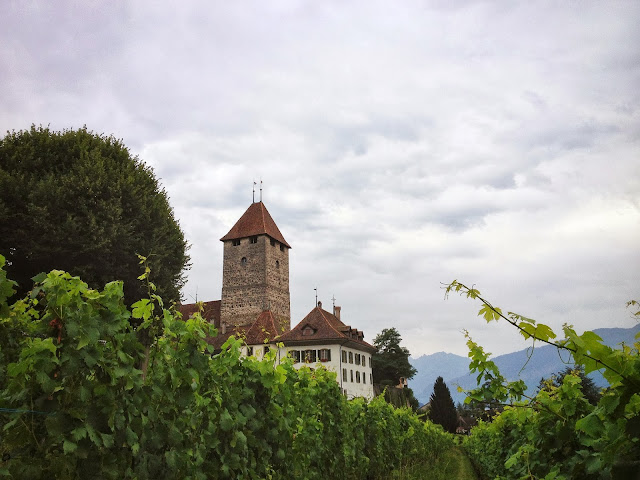 We boarded our next train and found Coco and had fun getting to know her {first time meeting her for Heidi and me} and the two other women seated near us while the large lakes and little towns flew by.  I was enchanted with the way this day was shaping up.  We transferred to a smaller train then broke out our lunches and spread out our goods since we had the whole car to ourselves.  Coco and Nicki were dining in true European style on loaves of crusty bread, stinky cheese, and chocolate spread.  Heidi had her thing going on that looked like our typical nuts and fruit squirrel diet we'd been munching on almost exclusively since leaving home.  And I had my rice cakes, a giant whole cucumber, and an unopened can of tuna.  I decided I'd take advantage of the extended train stop and empty the tuna water out the train door.

Great idea until without warning the doors slammed shut and we were on our merry way with my hand and my can very much still on the outside the train.  I tried without success to free myself from the door, but it was clamped stubbornly shut.  I was laughing so hard my yelp for help came out high pitched and pathetic sounding, "NICKI!!! HELP!!!" Coco and Nicki came quickly to my rescue, Coco prying the doors open while Nicki commanded me in her most authoritative voice to "Drop the can Jenna!"  But I wouldn't.  Couldn't.  It was the part of my lunch I was most looking forward to most.  And besides, later when they asked why I didn't just let it go, I told them I was thinking about the person who would came across an abandoned open can of tuna and wonder why it was there.  My hand was sore for a month, but only enough to serve as a fun reminder of the day I got bit by a train.  And there you have it.  One of those stories that is probably much more fun to relive if you were there. 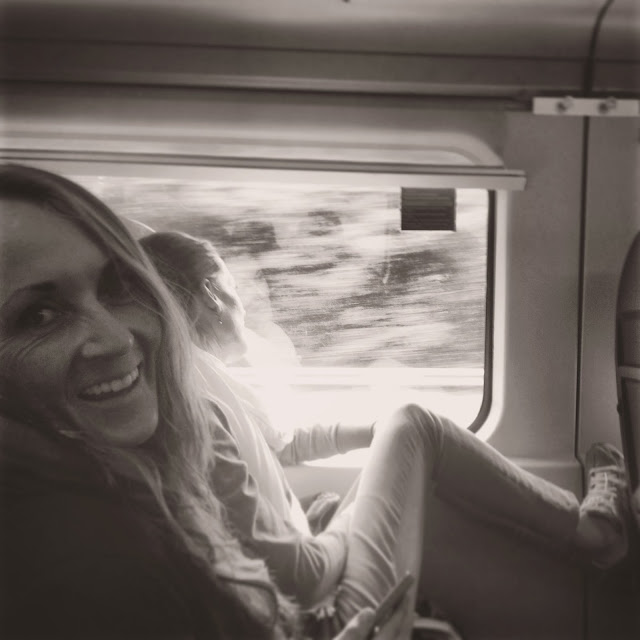 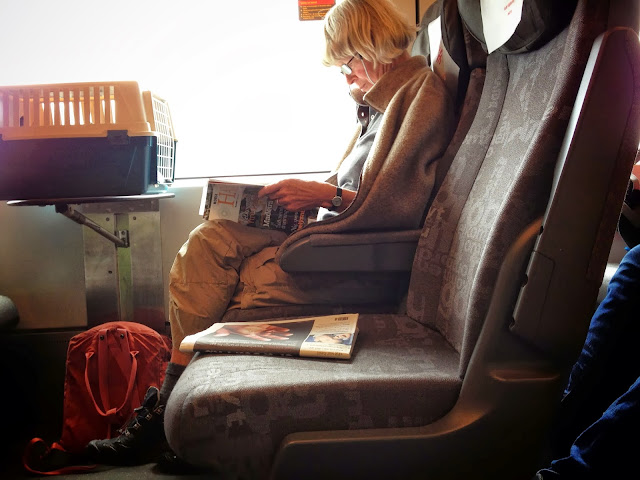 From another train in another country, I think she and I could be friends. {Or there was a rift in the time space continuum and this is the Norwegian  me?}