MEMORIAL DAY: when the music stopped 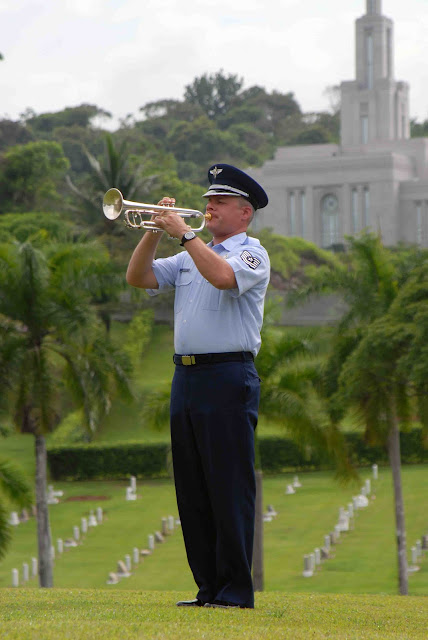 {Panama 2009}
I have a love the goes to my core for our military.  This year I've been reading our country's history starting at the American Revolution to WWII and my appreciation has only grown.

My brother is an Army guy, both my Grandpa's served our beautiful country, as did my dad.  You could say I had a stint in the Navy {humanitarian mission aboard the USNS Comfort} and now have many good friends spread across our great globe doing their part and know from experience how courageous they are even when they are tired, lonely and far from home.

Any time I hear the National Anthem I get goosebumps.  I fight the urge to hug any man in uniform.  I have a beef with the stereotype that Americans haven't done much to fix.  We're perceived as lazy, entitled, forgetful.  I don't believe this completely.  I think there is more good in us than bad, but I do believe we could do better.

Below is a story written by a Chaplain in Iraq.  For those of you who have never gone to a movie on a military base, the National Anthem is played before the movie begins.


When the Music Stopped
I recently attended a showing of 'Superman 3' here at LSA Anaconda. We have a large auditorium that we use for movies as well as memorial services and other large gatherings.

As is the custom at all military bases, we stood to attention when The National Anthem began before the main feature.

All was going well until three-quarters of the way through The National Anthem, the music stopped.

Now, what would happen if this occurred with 1,000 18-to-22-year-olds back in the States? I imagine that there would be hoots, catcalls, laughter, a few rude comments, and everyone would sit down and yell for the movie to begin. Of course, that is, only if they had stood for The National Anthem in the first place.

No!!. . . You could have heard a pin drop while every soldier continued to stand at attention.

Suddenly, there was a lone voice from the front of the auditorium then a dozen voices, and soon the room was filled with the voices of a thousand soldiers, finishing where the recording left off:

"And the rockets' red glare, the bombs bursting in air,
Gave proof through the night that our flag was still there.
Oh, say, does that Star Spangled Banner yet wave,
o'er the land of the free, and the home of the brave."

It was the most inspiring moment I have had in Iraq, and I wanted you to know what kind of U.S. Soldiers are serving you!

Remember them as they fight for us!

Written by Chaplain Jim Higgins, LSA Anaconda is at the Ballad Airport in Iraq, north of Baghdad.


God Bless America and all of our troops serving throughout the world.
Happy Memorial Day dear friends.